In the UK, the chaotic exit from Afghanistan drew comparisons not with helicopters leaving Saigon, but with an earlier defeat: the Suez Canal Crisis of 1956, in which humiliated Britain was forced to withdraw from Egypt after failing. Nasser (1918-1970).

The problem is that the UK had little influence over the timing or tactics of the most recent withdrawal, despite having suffered the second highest number of Western casualties in the war in Afghanistan, behind the US. United.

This fact has left UK officials embarrassed and embittered towards President Joe Biden, 78. Some say he behaved more like his predecessor, Donald Trump, 75, than an ally who promised a new era of American partnership.

“He didn’t just humiliate the Afghan allies of the United States,” said Rory Stewart, 48, a former British minister with extensive experience in Afghanistan. “Biden ridiculed his Western allies by clearly pointing out their helplessness. “

Now Prime Minister Boris Johnson, 57, who has worked hard to cultivate a positive relationship with Biden, is forced to face the consequences of a withdrawal in which he himself had no voice – which has led to the reconquest of the country by the Taliban at lightning speed.

On Wednesday, Boris addressed a parliament called to come out of summer recess to inform him of contingency plans to evacuate thousands of British citizens from Afghanistan and provide refuge for residents who have helped the military and diplomats over the country’s two decades of engagement.

Boris will also announce a plan to accommodate up to 5,000 refugees, prioritizing women fugitives from Taliban persecution. The plan also includes the goal of welcoming 20,000 long-term immigrants.

The provocative tone of Biden’s White House speech on Monday dismayed many officials in London, who noted that the Democrat had ignored the contribution made by the UK, the second-largest troop provider to the war, and who had lost 454 soldiers in the field. (The United States suffered five times as many casualties and sent ten times as many troops). Some said the speech raised broader doubts about the reliability of the United States as an ally.

“I hope ‘America First’ has not become ‘America only’,” said Tom Tugenhadt, 48, a Conservative MP who chairs the Foreign Affairs Committee. He said the experience should prompt the UK to revise the terms of its relationship with the US in future security operations.

“The lesson for the UK is that interdependence must not become over-dependent,” said Tugenhadt, who has served in Iraq and Afghanistan. “We are better partners when we have options and can help shape decisions. “

British Defense Secretary Ben Wallace, 51, and some British generals have not spared criticism of US policy, from Trump’s moves to reconcile with the Taliban to the initial announcement of a US withdrawal, made in February 2020.

Wallace said the UK has approached other members of NATO (North Atlantic Treaty Organization) about the possibility of organizing a stabilization force in Afghanistan after the US withdrawal. This idea came to naught, and even if it did, security experts felt that, given the massive air power that would be needed, a NATO force without the participation of the United States would would never have been enough to contain the Taliban insurgency.

“I am a soldier,” said Wallace, who was a captain in the British Army, in a moving radio interview Monday in which he appeared to be on the verge of tears at the prospect that some British allies could not leave the Afghan capital, Kabul. “It’s sad that the West did what it did.”

But there are few signs that his boss, Boris, shares his attachment to the Afghan project. In recent statements, the PM echoed Biden’s feeling that such a commitment would go nowhere, saying: “We have known for a long time that this is the way things were going to turn out.” Last summer Boris described Afghanistan as “the chronicle of a foretold event”.

The British leader has avoided direct criticism of Biden. A senior Downing Street official said on Tuesday that the United States remained a vital ally, even as circumstances in Afghanistan were difficult. According to a statement from the White House, the two men spoke on the phone Tuesday about the need to work “side by side” to evacuate their people from the country.

Boris has good reason to avoid a breakup with Biden. The prime minister lobbied the Democrat on issues such as the coronavirus pandemic and climate change. He needs the United States to play an important role in the United Nations conference on the climate crisis that he will chair in Glasgow, Scotland, in November.

As is the case with Biden in the United States, it is not clear whether Boris will pay a political cost to leave Afghanistan – unless, of course, the country becomes the breeding ground for future terrorist attacks in the West. .

The UK withdrew its last combat troops from Afghanistan in 2014 and has since maintained a weak security presence in the country. Afghanistan, as a matter of national interest, has faded as much from the British headlines as it has from the United States.

“Boris Johnson and Joe Biden will seek to estimate whether this reaction of dismay will be fleeting and whether only a handful of veterans and military experts in Afghanistan will care,” said Stewart, who established an Afghan foundation that has restored buildings, created a clinic and operates a traditional arts and crafts center.

As historians point out, Britain abandoned Afghanistan in the past after fruitless wars in the 19th century, a period of colonial adventurism that came to be known as “The Great Game.” In 1963, British Prime Minister Harold McMillan (1894-1986), then on the verge of retiring, declared, in a phrase that would become famous, that the first rule of policy should be “never to invade Afghanistan”.

But this episode highlights the weakening of British influence on the world stage.

After a recent G7 summit in Cornwall, Boris launched a new post-Brexit foreign policy which he dubbed “Global Britain”. But Biden’s failure to consult with the UK on Afghanistan, following Trump’s unilateralism, suggests his main ally is not taking Britain very seriously.

“The United States has totally different interests and an unreliable political system, at least when it comes to foreign policy,” commented Jeremy Shapiro, research director at the Council of European Foreign Relations. “It’s when there is a huge tragedy or a big mistake that these things come to light.”

Kim Darroch, 67, who was British ambassador to Washington during Trump’s presidency, said the British should not be overly concerned about the possible implications of Biden’s Afghan policy as it is unlikely to be replicated on other issues, such as climate change, where the US president is likely to be more cooperative.

“Biden implemented Trump’s policies, basically,” Darroch said. “But that’s more or less the only area where he’s done it. In all other areas, he threw Trump’s policy to the ground. “ 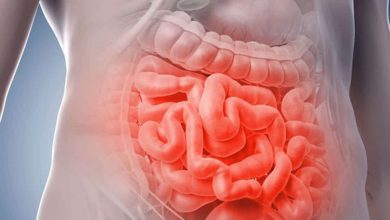