Cuba’s most famous living writer Leonardo Padura, 65, says polarization of discourse on the island creates a “state of hatred” in which “one side screams at the other and thinks it’s fair “. And that the current situation of disagreement “does not solve the problems of the Cubans”.

In an interview with Folha de Mantille, the district of Havana in which he has lived since his birth, the author of “The man who loved dogs” comments on the demonstrations that took place on the 11th and their repression by the dictatorship Cuban.

Padura responds to criticism he has received for saying that the embargo is responsible for the Cuban crisis and for coming out against foreign intervention.

M. criticized the “extremist” speeches during the demonstrations and pointed the finger at a “state of hatred” that exists today in Cuba. Can you define it? The state of hatred implies that your adversary, the one who does not agree with your ideas, is your enemy. And the enemy is fought, with many weapons, or with all weapons.

Usually one starts with verbal degradation, and from there there can be a dangerous escalation. The state of hatred implies extreme positions, in which dialogue is excluded, as well as coexistence and harmony, because punishment is demanded.

I am very afraid that in Cuba and among Cubans inside and outside, a state of hatred is growing. Because on hate you cannot build, only destroy, hurt and not heal.

Whether everyone has their reasons is important, but how to channel them is final. I have personally seen and suffered what happens when a disagreement turns into a ground for attack. Even if the attacker only said what he thinks and what he sees and started from more or less indisputable truths. This has happened to me several times.

For example, a while ago, when mentioning in an article that, among the various problems that revolve around the crisis in Cuba today, there is the blockade or the American embargo, they said that I am a spokesperson for the regime or something similar. As if the blockade or the embargo were not a reality.

They accuse me of hate. I know that, in these people, there is the influence of a lot of human pettiness, which masquerades under the mask of political disagreement, and that some do not forgive me for being who I am and for having succeeded, only with my work, what I achieved.

And how is the hatred on the other side? On the other side of the political spectrum, of course, there are those who consider that to speak of nonconformities, of needs, of lack of expectations for the future, of loss of hope, is an attack on the system. Or that writing what I have been writing for years is too, as one Cuban regime official told me during the film “Return to Ithaca” [produção de 2014 baseada em romance do autor] has been censored. He told me that the character conflicts weren’t personal, but with the system.

Of course, I am very concerned that the intransigent, the intolerant, the fundamentalists are imposing their methods and their styles.

For an inclusive and better Cuba, we need agreements, sovereignty, freedom of expression and thought. Fundamentalism works with other accusations, including hatred of others.

M. Do you believe that there is, on the part of people outside Cuba, a vision of blind polarization? For some, the problem is the embargo, for others, socialism. What are the colors that we cannot see? This question puts me in a difficult position. I think we should talk about political and economic solutions and I am neither a politician nor an economist. I’m afraid of being sketchy or superficial. It is true that, for some, the embargo is the cause of many evils, and for others, socialism is the devil.

It would be important to seek nuances in the reasons which provoked this social explosion. I believe that the changes that Cuban society demands and needs are not only economic and were postponed long before July 11, as if there had been no urgency to implement them.

And now, in reality, it seems those who incited haste and blamed him were right. Lost time takes its toll because, for a long time, this price has been paid by the percentage of the population who has become impoverished, who queues endlessly for everything, who aspires to emigrate anywhere, who feels that the life passes. an expectation that does not end.

How do you see Díaz-Canel’s performance [presidente Cuba]? M. Do you believe that by not being a Castroist and not being a soldier, he has elements that weaken him? Díaz-Canel, first as President of the Republic and now also as General Secretary of the Communist Party, assumed these responsibilities with the political mandate to give continuity to the Cuban socio-political system. It’s your belief.

What should be asked is whether continuity implies a more or less exact extension of what was operated by the governments Fidel and Raúl and if, in all areas, it involves the preservation of a real estate system. or if, dialectically, it has greater or less room for maneuver, in addition to the will to adapt current Cuban society to the demands, needs, expectations, which are different today.

What does the current crisis look like in the 90s? You can compare, but obviously it’s a different crisis. There are shortages, blackouts, an American embargo, but the country is different, even if the system is almost identical.

Today, there is an erosion of political discourse, an accumulation of economic needs, a greater increase in economic and financial sanctions. There are generations in Cuba who grew up under these circumstances and were, for the most part, those who demonstrated in the streets and on social media.

Generations among which, if there are so many criminals and delinquents, as Cuban official circles say, are marginalized and delinquents created within the system. And that warns us that something, or a lot, has failed.

I believe that the president has the resources of power to control the protest movements, without a doubt. The police, many civilians and finally the army. It would be the simplest solution, but also the most painful. Repress, judge and impose calm. But it’s still the worst outcome. Violence is not the medicine Cuba needs. The best strategy would be to listen to the reasons in the midst of this noise and take many steps that have been talked about that have not materialized, and others that are also needed to further open up society, streamline the economy. , broaden the spectrum of social and even political expressions.

I think these are important questions because with changes in all sectors of Cuban life, it would be about finding the necessary solutions for people to have a better life than what they live today, with so much struggling to do almost everything without the money to buy a lot of the things you need. Many are desperate, which is the worst.

What can we ask or expect from the international community to try to help resolve the Cuban crisis? Everything that has happened in the last few days, the amount of words that have crossed paths, the interviews given by the demonstrators, are they worth anything? Solve something? Are they improving anything?

I believe we are having a typical time when no one wants to listen, or just listen to what everyone wants to hear. And for that, in addition to not listening to each other, there are disqualifications, attacks, accusations. Nothing is resolved.

If people had listened to each other more and better, the July 11 protests might not have happened. If there was noise that day, it is because long before there were whispers, moans and even cries. Now they keep shouting, from corner to corner, to see who has the loudest voice, but without listening to the others, who are not always enemies, but who are easier to demonize as enemies. so that everyone thinks they are right. Or with more reason, or with reason alone.

For years I thought that it was possible and necessary for all Cubans, inside and out, to reconcile, but today I feel like it is impossible. Cuban politics is too deep a wound and it cannot be closed with seams.

Outside of Cuba, there is generally a Manichean image of the country. Either glorify the system or demonize it. Either we ask him for firmness, or we send him to the gallows.

From outside Cuba, positions of hostility, criticism or support and solidarity can be held, depending on the political character or the interests of those who promote them.

But the most desirable solutions do not have to come from outside. They must be provided from Cuba and it is time to seek and apply those solutions which have not yet materialized. If we improve the lives of Cubans, we could give more voice to non-conformists. And thus achieve a constructive consensus.

M. he always wanted to stay on the island and felt free to do his job there. Are you worried that this scenario will somehow change? I am not in a position to predict the future, although it is already a different scenario than what we might have imagined before July 11. Nothing else will ever be the same. There may be a political will to open up social and economic spaces, to recognize and support the rights to expression so sought after in recent months. I do not know.

I believe that Cuban society today is more open than ever. And the government has to face it whether it wants to or not. And if he does not want to, it is not enough to ignore this phenomenon, but he will have to suppress it even at certain times and places. Not everything will be resolved by cutting Internet communications for a week, as is currently the case.

For me, living and writing in Cuba is an existential and physical necessity. I belong to Cuba and Cuba belongs to me. I feed on the Cuban reality, the conflicts, the language. I am an observer of this reality and I have been a chronicler of this reality through my literature, my journalism, my essays, my work for the cinema.

Outside of Cuba, some compatriots criticize me because I should be more radical. But I don’t think there is anything more radical written in Cuba than my novels. Many ask me to do or say what they never did or said, probably because they never got to write what I wrote while living in Cuba.

Cuban society needs to be thought and expressed by many and everyone has the right to have the opportunity to think about it and express it within the limits that I have always mentioned, the limits of what is politically or ethically unacceptable: aggression against the sovereignty of the country, xenophobia, homophobia, fascist and aggressive attitudes that lead to violence. The rest can be discussed and the reality shows that it should be discussed.

Education: Graduated in literature from the University of Havana; also worked as a journalist 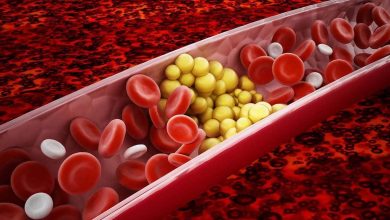 These are the best juices to lower triglycerides