Traces of medicines and illegal drugs, used by people and then excreted by the body in the bathroom, overcome sewage purification processes and appear in rivers, changing the behavior of animals living there and affecting the health of these animals.

Now a study has shown that methamphetamine mountains found in rivers can turn fish into addicts to the synthetic drug. The research was published in the Journal of Experimental Biology earlier this month.

The authors, scientists from institutions in the Czech Republic, conducted an experiment to find out whether methamphetamine levels in the country’s rivers are enough to affect the brains of animals that depend on these waters.

The researchers left some Salmo trutta fish, one of the most common in European rivers, for eight weeks in a water tank with a concentration of 1 microgram (0.001 milligrams) of methamphetamine per liter – an amount similar to that found in the country’s waters. . Another group of fish was kept in a pool of clean fresh water at the same time.

After that, the scientists began giving the fish a choice between clean water and water with methamphetamine every day for ten days. Fish that had been in the meth tank for the past eight weeks repeatedly preferred drug water to clean water.

In addition to the changed behavior, the researchers found traces of the drug in the brains of addicted fish. “Our research has shown that there is a transfer of problems from human society to aquatic ecosystems,” the researchers write.

Another study, published in the journal Chemosfere in late 2020, identified degenerative damage to the kidneys and hearts of fish that remained in water for 35 days at a concentration of 1 microgram per liter of methamphetamine – similar damage to the drug in mammals .

Pesticides used in agriculture also occur in these waters and can damage aquatic organisms. In June this year, a group of researchers from Brazilian institutions published an overview of the data from surveys carried out in 21 countries on the concentration of the compound in freshwater.

“All of the countries examined in the work presented a medium or high risk to aquatic organisms in terms of their legislation for superficial freshwater,” says environmental engineer Emilia Marques Brovini, one of the authors of the article published in the journal Environmental Science, and pollution research.

“However, more studies are needed to improve our understanding of the remaining knowledge gaps, particularly in relation to susceptibility to endemic species (found in specific locations), chronic effects, and exposure to mixed compounds,” says Brovini.

According to the scientist, every substance manufactured and sold can end up in the environment. If it comes into contact with land or aquatic organisms, it can pose a hazard to animals.

“The studies are indispensable for making statements about the toxicity level of the compounds and for monitoring and controlling these substances in environmental compartments,” he says.

For Brovini, legislation and enforcement need to be strengthened based on data showing the risk of these substances to animals.

In 2020, a group of Brazilian researchers signed a letter in the journal Environmental Toxicology and Chemistry warning of the risks of increased drug release into nature due to the increase in self-medication during the pandemic.

“The sewage and water treatment plants do not yet have the technology to remove all of these pollutants – it may always be a challenge. New by-products from these substances are constantly being released into the environment in huge quantities, and technology cannot follow this movement, “said biologist Davi Felipe Farias, professor at Paraíba Federal University (UFPB) and one of the authors of the letter from February of this year, opposite Folha. 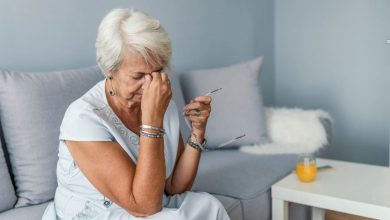 Macular degeneration is associated with the highest risk of dementia, according to study