Since arriving in Brazil as a war refugee in 2013, the Syrian Talal Al Tinawi had not yet returned to his country. An engineer by training, he became known to many São Paulo residents for the sale of typical dishes to order and at events.

On the 27th, Talal embarked with his wife and three children to, eight years later, visit his family in Damascus and see the grave of his mother, who died in 2016 without being able to say goodbye to her.

Two days after his arrival, he started having symptoms of Covid-19. The disease progressed badly and he is now hospitalized with 70% of his lungs compromised and receiving oxygen through a device 24 hours a day.

Talal is 48 years old and already has breathing problems. The rest of his family had mild flu-like symptoms, while on Thursday (8) he had a blood oxygen level of 60% – when the saturation is equal to or less than 92%, the picture becomes disturbing.

After several days of trying, unsuccessfully, to find a place in hospitals – crowded with Covid patients – the family managed to admit it. “He couldn’t breathe, he was very sick,” said his wife, Ghazal Baranbo, 38. “We called several public hospitals, and the answer was ‘there is no room, there is’.”

Syria has officially recorded 25,753 cases and 1,876 deaths since the start of the pandemic, according to data compiled by Johns Hopkins University. Infections, which had been trending upward in mid-June, fell again at the end of the month and early July.

The family says private hospitals charge unfair fees for accepting patients. In addition, each day costs US $ 500 (R $ 2,600) and it is expected that he will be hospitalized for at least eight days. The bill also includes at least two doses of an antiviral at a price of US $ 1,200 (R $ 6,300) each.

“Since there is no medicine here, they had to import it. And he may need more doses later, ”explains the couple’s eldest son, Riad, 18. “We are paying dearly, but it is the only alternative.

To cover the expenses, the family took out a loan and started a virtual campaign to collect help (available at this link). “Our situation does not allow us to pay so much money (…), which is why I am raising this cow in order to save my father”, says the message written by Riad in the countryside.

Ghazal, upset by her husband’s situation, is torn between caring for Talal in the hospital and her children. The youngest, Sara, born in Brazil, is seven years old. According to the doctor treating the Syrian, the next three days will be critical for the evolution of his condition. The family’s return to Brazil is slated for Aug. 9, but even if he’s restored, he won’t be able to travel by plane for at least two months. “Maybe I have to go back to Brazil alone with my kids,” Ghazal says.

The family once had a restaurant in the Brooklin neighborhood, south of São Paulo, which eventually closed, and now work with food deliveries and Syrian events. Last year, they donated 300 lunch boxes to the quarantined seniors, in thanks for the welcome they received from Brazil. 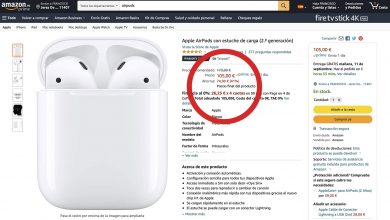 Esoteric and authoritarian, Rosario Murillo is the face of the dictatorship in Nicaragua – 14/08/2021 – World