Sentenced to 15 months in prison, former South African President Jacob Zuma surrendered to the police on Wednesday evening (7), informed the foundation that bears his name.

“President Zuma has decided to execute the arrest warrant. He is about to surrender,” the Jacob Zuma Foundation wrote on its Twitter page.

Zuma was convicted in the past 29 to 15 months in jail for contempt of court after failing to attend hearings called by a commission to investigate corruption charges against his government. He had five days to report to the police, but he missed the deadline.

The former South African leader appeared only once before the investigative body, in 2018, but his appearance lasted less than 15 minutes, and he left the court claiming to be the victim of a politically motivated witch hunt. Since then, he has ignored several summons. As an excuse for the absences, he cited medical reasons or said he was preparing his defense for other cases.

Zuma, 79, was ousted from the presidency in 2018 in a move orchestrated by allies of his successor, Cyril Ramaphosa, the current South African leader of the mandate.

One concerns the so-called “Zondo Commission”, a case in which corruption allegations involving three Indian tycoons – brothers Atul, Ajay and Rajesh Gupta – are being investigated. Zuma denies any wrongdoing, but has so far not cooperated with investigations.

The Gupta brothers, who also deny the allegations, left South Africa after the former president was ousted. In another case, he faces 16 counts of fraud, corruption and organized crime related to the purchase of military equipment from five European companies in 1999, while he was a deputy.

Zuma is alleged to have pocketed more than 4 million rand (around R $ 1.4 million at the current rate) in bribes paid by the French company Thales, one of the groups that won a contract with the South African government valued in excess of 3.3 billion US dollars (16.3 billion reais).

The former president sent the Constitutional Court a 21-page letter in which he claims to have been treated unfairly. In response to the document, court judge Sisi Khampepe said Zuma was trying to “elicit public sympathy through unfounded allegations. [que] they go against reason and are an insult ”to the Constitution. “I have no choice but to send him to prison, with the hope that a clear message will be sent to him: the rule of law and justice must prevail.

Zuma, one of the leaders in the struggle to end apartheid alongside Nelson Mandela (1918-2013), is the most controversial South African president since the end of the apartheid regime in 1994. His dominance over the internal dynamics of the African National Congress (ANC), the party that ruled the country for 27 years, is what kept it in the public arena for so long.

Zuma’s political influence, however, has waned since Ramaphosa, his deputy, replaced him as legendary leader and later president of the country. Before he fell, he saw ANC members and thousands of South Africans take to the streets to demand his resignation.

In 2016, he was impeached for ignoring repayment advice from South African public coffers after using public funds for work on his private residence – a swimming pool, amphitheater and cattle ranching area, among others. . But he survived the process thanks to the ANC’s majority in parliament – there were 143 votes in favor of impeachment and 233 against.

Zuma was booed in 2013 by a crowd attending a ceremony in honor of Mandela, with whom he was jailed for ten years during the apartheid era. He has also been satirized in the media and harshly criticized for turning a blind eye to the country’s economic decline and corruption charges against members of his government.

His middle name, Gedleyiklekisa, has an unflattering meaning in the Zulu language: the one who smiles while hurting you. Zuma, however, was known among South African political commentators as the “Big Survivor” for foiling predictions that ruled out his political rise.

During his tenure, he acted to silence dissenting voices within the ANC. For this, he used the knowledge acquired during the period when he led the party’s intelligence services during the apartheid regime. 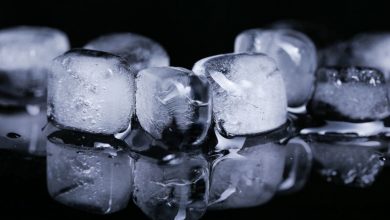 Pagofagia: why do we want to eat ice?

Esoteric and authoritarian, Rosario Murillo is the face of the dictatorship in Nicaragua – 14/08/2021 – World