A record abstention of 2 out of 3 voters marked this Sunday (20) the regional elections in France, where the vote is not compulsory. According to an estimate by the Ipsos Institute for France TV, abstention at the national level was 66.1% and reached 70.8% in the Grand Est region. The lowest index is in Corsica, with 44.1%.

“It is the democratic malaise which is deepening. It is a historical abstention, more structural than cyclical. The pandemic does not explain it,” political scientist Rémi Lefebvre told FranceInfo.

According to a survey carried out by the French news agency, 39% of non-voters said they did not go to the polls because “these elections will not change their daily lives”, 23% said they were dissatisfied with policies in general. and 22% said they had no identification with any of the candidates.

Despite this, 64% of French people say they are interested in the results of this election, according to an Ipsos poll. Indeed, the vote was seen as a kind of thermometer for the April 2021 presidential election, which should pit the current French president, Emmanuel Macron, of the centrist A República en Marcha (LREM), against the ultra- right Marine Le Pen, of the National Assembly (RN).

The apparent contradiction between abstention and interest, according to Lefebvre, reinforces that “the only election which counts, until the hysteria, is the presidential one”. The state of mind he cited materialized less than two weeks ago, when a far-right sympathizer slapped Macron in the face.

Polls showed Le Pen could come out on top in 6 of the 13 regions, but the RN only got the most votes in the Provence-Alpes-Côte d’Azur region in south-eastern France. Still, with 34.8% of the vote, the ultra-right candidate was closely followed by the Republicans, with 33.7%.

Although the regional elections have specific themes, interests and dynamics and cannot be immediately translated into national politics, in the voting group it is the Republicans, the center-right party (more to the right than to the center) who obtained the largest share of the votes those who are ready to vote across the country: 27.2%.

The ultra-right of the RN obtained 19.3%, the Socialist Party and its center-left front, 17.6%, the Greens EELV, with 12.5%, all ahead of Macron’s group, which obtained 11.2% of the vote, according to the Ipsos poll. France rebellious (LFI), classified between left and ultra-left, was the choice of 4.2% of voters.

Analysts viewed the results as a bright yellow light for Emmanuel Macron, as his government’s ministers got involved in the elections and Marc Fesneau, in charge of relations with Parliament, finished fourth, with 15.5%, in the Center Vallée de la Loire region.

In contrast, 51% of voters told Ipsos on Sunday that their vote represented neither a sanction nor a membership in the national government — 33% said they voted to express their opposition to Macron and 16%, to show their support for the government. President.

Voters voted for parliamentarians from 13 regions and 96 French departments. The election takes place in two rounds, the second taking place next Sunday in all places where a party does not obtain 50% of the votes in the first round.

Administering a region — endowed with a budget and decision-making power far superior to those of the cities that the RN already governs — would give Marine Le Pen more political weight in trying to win for the first time a second round of the presidential election. After the polls closed, she attributed the lower results to abstention and called on her supporters to fight for victory in the second round.

Winning in the second round, however, was an obstacle for the ultra-right in France. In an attempt to reverse this rejection of the presidential election, Marine Le Pen adopted a less radical discourse, in what is called in France “demonization”.

In addition to softening the rhetoric, she expelled party members who made anti-Semitic remarks and asserted that the choice of the French is not between “right and left” but between “nationalists — she, in the ‘occurrence – – and the globalists. “

Jeff Bezos: Businessman’s Billionaire Offer to NASA to Participate in Human Return to the Moon – 7/27/2021 – Science

Covid vaccine: Latin Americans travel to the United States to be vaccinated – 03/05/2021 – World 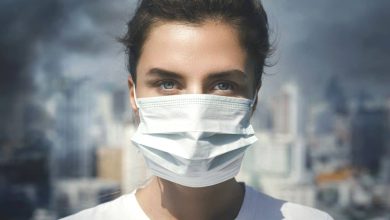 How does carbon dioxide affect the lungs?