Anti-Semitic messages in French and German have multiplied several times during the pandemic, shows a survey conducted in the European Union. The number of messages against Jews published in French in January and February of this year was eight times that recorded in the same months of 2020. In German, the number has been multiplied by 14.

One of the main trends has been the proliferation of what researchers have called ‘gray language’: the use of ambiguous or coded terms to evade the rules of the platforms themselves and avoid criminal prosecution – German law prohibits any hate speech and, in two countries, refusing the holocaust is a crime.

Words in English or mixed spelling, with interspersed digits, and pictures are some of the resources used. While the European Union demands that networks such as Facebook, Twitter and YouTube actively monitor and eliminate misinformation and harmful content, “these” kind but harmful “messages pose the greatest challenge to tech companies and governments as they can be spotted and categorized. simple, ”says the report.

According to the Institute for Strategic Dialogue, which conducted the survey for the European Commission’s fundamental rights and rule of law services, the phenomenon is worrying because the fraction of posts that encourage or justify violence against Jews has increased, and there is a direct link between violence within and outside networks.

“There has been an increase in hate crimes during the pandemic, and it is important that future research study this correlation and design joint prevention and response strategies. “

Researchers followed around 270 anti-Semitic accounts in French (mostly on Twitter and Facebook) and a similar number in German (mostly on Telegram). French accounts produced around 500,000 messages containing messages of hatred and prejudice, while German accounts published more than 3 million messages.

“Covid-19 was accompanied by a ‘hate virus’ directed at vulnerable communities,” the researchers said. They detected, at the start of the pandemic, a wave of conspiracy theories that blamed Jewish communities for the creation of the coronavirus and its spread.

Sars-Cov-2 has been called a “Zionist virus” and, according to the articles, was designed to target non-Jews only. A message with a Star of David and the slogan “Fuck the Scientists” has been viewed 10,000 times on the Telegram.

These messages increased sharply after the lockdown began in March 2020, with a relapse in the summer, when governments relaxed restrictions against contagion and resumed their frequency from August, with the start of the disease. second wave of contamination by the coronavirus.

With the expansion of vaccination campaigns in Europe, from the beginning of this year, the anti-Semitic discourse widened and began to describe vaccinators as a tool of the Jews to control populations. During this phase, articles describing Jews involved in vaccine production, such as Pfizer’s senior executive Alfred Bourla gained visibility, mainly in Germany.

Other leaders, such as Leif Johansson from AstraZeneca and Stéphane Bancel from Moderna, have been labeled Zionists and included in conspiracy theory through Jewish investments in their businesses.

German far-right ‘influencer’ Attila Hildmann has repeatedly claimed on the Telegram that the vaccination campaigns against Covid-19 were the implementation of the Kaufman Plan – a World War II pamphlet advocating sterilization of the German population and became a frequent theme in neo-Nazi propaganda.

In addition to messages related to the pandemic, the number of anti-Semitic messages that deny the Holocaust or accuse Jews of controlling institutions around the world has increased – in France, well-known Jewish figures such as politicians, government advisers and others. intellectuals, and President Emmanuel Macron, who once worked for the Rothschild bank, has been accused of being part of a malicious secret organization.

The researchers also qualitatively analyzed a random sample of 100 messages from different platforms, in each of the languages. In German-language posts, 89% used the strategy of “dehumanization and demonization”, including adopting the narrative that Jews “control the media, the economy, government and social institutions”.

A fraction of 4% promoted or justified violence against Jews in the name of radical ideology (like white supremacy, for example) or religious extremism, and 3% denied the Holocaust.

Of the messages in French, 56% resorted to dehumanization and demonization. In 35% of the cases, the testimonies defended people accused of anti-Semitism, like the right-wing writer Hervé Ryssen, arrested for hate speech last September during the period of the investigation.

The French posts also presented the argument that Jews are more loyal to Israel than to the country they live in (3%), and 2% of the content advocated removing the rights of the Jewish community.

An article shared in French on the Telegram, for example, praised “Saint Bowers”, alluding to the 2018 Pittsburgh (US) synagogue shooter Robert Bowers. Another showed a head mask in front of images of Adolf Hitler, Joseph Goebbels and Muammar Gaddafi, seen by more than 2,000 people.

According to the researchers, Telegram use is intensive mainly by German groups linked to the QAnon conspiracy theory – less than 5% of accounts generate almost 60% of questionable messages. This German content has been viewed over 2 billion times.

In French posts, the number of views exceeded 5 million, and more than 3.7 million posts on Twitter were shared or favorite.

The report also points out that anti-Semitic accounts have a significant number of followers: 900 million on French Twitter profiles and 700,000 on Facebook – some followers have followed more than one account. 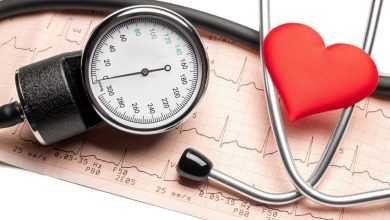 How does the increase in sodium affect blood pressure?