I remembered a recent conversation with my boffs (aka dating) after returning from Paris.

He knocked back to visit his brother, whom he hadn’t seen for a long time. The trip had to be postponed several times due to the pandemic. In addition to the plane ticket, he had to pay a “briefcase” (alias bufunfa) for two PCRs, one on the way and the other to return to Spain.

First shock: the test price difference between the two countries.

In Spain, a PCR can cost 120 euros (or 782 R $), in one of the main chains of private laboratories in the country. In Greater Paris, in a neighborhood clinic, the price was 50 euros. The French are reimbursed in case they need to take the test.

Second curiosity, in the absence of another word: the reception of travelers in airports. In Orly, there were few inspectors, but they all checked the paper manually with the PCR and the identity card.

Upon landing at El Prat, Barcelona’s international airport, a great infrastructure was put in place. A thousand horiguitas inspectors dressed in their fluorescent yellow vests signaling the crowd in a thousand directions.

Anyone arriving in Spain, whether national or not, must submit a form through an official Spanish government website or application, indicating the generated QR code – which did not work. After long discussions with a supervisor, they handed in the form on paper, to be completed on site.

And, surprisingly, there was no need to show the negative PCR test; checking a box on the form indicating that yes-am-negative was sufficient.

***
The Spanish government has extended until June 8, 2021 at least the entry restrictions for Brazilians, except those who have a Spanish passport, residence or proof to work or study. Parents of residents or nationals are not allowed to enter, except for exceptional reasons.

And coming for tourism, for now, is prohibited. The measure also applies to travelers from South Africa.

The text published in the Official Journal of the State (BOE) on May 21 justifies the precaution by declaring that “the epidemiological situation and especially the impact of the worrying variants linked to the Federative Republic of Brazil and the Republic of South Africa stay very high [sic]”.

“Although the risk of importing cases from these countries can be reduced thanks to the health control measures applicable on arrival in Spain [hmmmmm], this does not prevent us from continuing to take extreme precautions in the face of the potential for the spread of the Brazilian and South African variants of the virus ”.

The Caspian Sea shrinks to a third 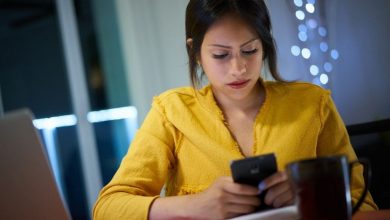