US President Joe Biden has sought to persuade other countries to do more to tackle climate change, but government officials will only serve him if they see there are benefits to their own country, says American journalist Elizabeth Kolbert.

In his view, developing countries are right to be skeptical of promises of international aid and the prospect of broader progress. The journalist, Pulitzer winner in 2015, sees Brazil as a key country in defining what the world will be like in the decades to come and says satellite images can prove whether Bolsonaro is committed to preserving the Amazon.

Kolbert, 59, studies how the actions of humanity affect nature. In her most recent book, “Under a White Sky – Nature in the Future” (Intrinsic ed.), She details how various efforts to try to conserve nature ended up creating new problems. An example: it is studied to project a white substance in the sky to send sunlight back into space and, thus, try to cool the planet. The side effect is that the sky would no longer be blue. She spoke to Folha by video call.

In your book, you point out several problems that arose when man tried to repair the damage he caused to nature. President Joe Biden is now proposing further actions in this regard. Can this create more problems? Basically what Biden is trying to do is change our energy systems that rely on fossil fuels for others that use clean energy. But we will see if in the process any new problems will be created and we can decide if it will be worth it. Probably yes, given the damage caused by climate change. For example: a large amount of rare earth metals will be needed for new energy technologies, and they are very difficult to obtain, in a process that generates pollutants. This kind of constant search for balance is our future. There is no easy way to fix these problems without creating more. We have to be honest about it.

Will Biden be able to convince other governments to do more for the environment? I don’t think any country will do anything against its national interests. So one of the main points of containing emissions in a robust way will be to show that there is a way to do it in order to bring benefits, in order to make things cheaper and more efficient. The United States and China are in a better position to lead the way. If it works, I don’t know. We have been going in the wrong direction since Rio-1992. Everyone is aware that climate change is a problem to be prevented, that it is dangerous. That was 30 years ago, and what happened? It was not a good case.

How can rich countries help developing countries in this direction? The solution is to give more money, as Brazil suggests? There are several paths created within the structure of the United Nations. Agreements like Kyoto [1997] and paris [2015] they brought up the idea that developed countries were supposed to help the less developed, with technology transfers and money transfers. The least developed countries will not fail to stress that these promises have never been kept. It was not a happy or expressive record. But there should be a green climate and a technology transfer fund.

Has Jair Bolsonaro’s government succeeded in convincing the world that it has changed its position by focusing on the defense of the Amazon? The evidence will tell. There is very good satellite data that shows us what is happening in the Amazon. It’s no secret that you can say “we are reducing deforestation” and everyone has to believe it. The data of the last few years is bad, it is a tragedy for the future of life on Earth. And if Bolsonaro says he will do better, so much the better. But no one will believe it until they see something real. Brazil is a key player in the question of how the world will be 30, 40 or 50 years from now, so I really hope Brazilians see that preserving what remains of the Amazon rainforest serves their greatest national interests. You have the great privilege and the great responsibility to be the home of this extraordinary part of the Earth.

Has the reduction in activities induced by the pandemic had an impact on global warming? The question has not yet been answered. There are many trends that go in multiple directions and it’s hard to say which ones will last. There has been a huge reduction in carbon emissions, but a lot of people are already resuming their travel activities. I don’t see a lot of evidence that we’re going to drastically change the way we do things, and a very worrying point in the United States is that people are not using public transit.

Biden tried to improve public transportation, like trains. Will you be able to reverse this trend? He can’t force people to catch him. You can improve these systems, and the world knows they need to be improved, but if not everyone feels sure about the coronavirus … there is also the question that a lot of people in the United States have moved to city centers, where public transport is less efficient or does not exist. Many have bought cars and no longer want to take the train or the bus. We have to see how this will end. Hope you all come back [ao transporte público] because one thing we can’t handle is more people moving around in the car. We must not go in that direction.

How can people help reduce emissions in their daily lives in a practical way? The way people generate emissions is the way they travel the most. Where I live [nos EUA], the way people heat their homes makes a big difference, and I believe in Brazil it’s the way people use air conditioning. A place like Brazil should be a leader in solar energy. You have a lot of sun. Everyone should have a solar panel above houses in Rio or São Paulo. This reduction also means consuming less and the number of children you have. The decision on how many children we will have is the one that will have the greatest impact on carbon emissions in the future.

And what actions could governments and large companies prioritize to contain global warming? They both control how we get energy. We must not fund institutions and invest money in projects that will generate more fossil fuel infrastructure. They have a useful life of over 50 years, and the last thing we need is more of these structures. Banks have a crucial role. If you can get the money to drill new oil wells, to sell oil, and people to buy oil, things will happen, because that’s how the system works. We must therefore think that decisions cannot be taken in the same way as in the past.

Can people help governments and businesses change by lobbying on social media, for example? It’s a big part of the process. There have been many campaigns in the United States, such as “don’t put money on companies that plan to drill [poços de petróleo] in the Arctic. “It has an impact. Businesses are very image conscious, and any pressure for a good cause makes a difference.

Elizabeth Kolbert, 59
Born in New York, she graduated in literature from Yale and has worked as a journalist since the 1980s. Currently, she is a columnist for The New Yorker magazine. In 2015, he won a Pulitzer Prize for the book “The Sixth Extinction”. 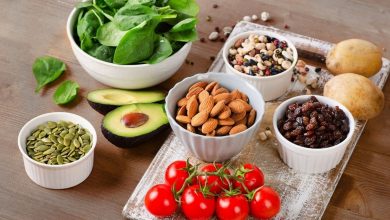