“It may sound pretentious or over the top, but today not only is a new government starting, today a change of political regime begins.” This sentence by Mexican President Andrés Manuel López Obrador (AMLO), halfway between a promise and a proclamation, bears the mark of a style of doing, thinking and feeling politics. Spoken in the inaugural speech of the six-year term in front of a crowd in the Zocalo of the capital, the politician who began his career in the 1970s is a body in his own right, he was part of the dissident current of the PRI that has Giving birth to the PRD in the late 1980s in 2018, he came to the presidency of the country.

With white hair, slow speech, and caustic humor, he is known for his sharp prose and steadfast willpower. A veteran of political struggles, he was head of government in Mexico City and a candidate in the (controversial) federal elections of 2006 and 2012. But above all, he will be remembered for having won the last presidential election with the most votes in history. Mexican.

El Pejelagarto, or El Peje as it is also called, is for some a great politician and for others an irresponsible hoax. But who is AMLO, why is he loved and hated at the same time?

Coming to the presidency of Mexico was the perfect culmination of a journey that began with a López Obrador in his twenties when he joined the PRI. He began his career in the political arena as the coordinator of the indigenous organization of Tabasco, while serving as a professor of sociology at the state university. And despite a busy schedule of travel, family and study, he has never ceased to be an active activist.

His final thesis in political science presented at Unam (National Autonomous University of Mexico) provides insight into his fascination with national history. From that moment, he proclaimed in all the forums his attachment to personalities like Benito Juárez and Lázaro Cárdenas. It is therefore not strange that as president, he has assumed historical elements to proclaim himself a continuity of the past. The Fourth Transformation is said to be aware of other events in Mexican history, such as the wars of independence and reform of the 19 th century or the revolution of 1910.

His ideas and convictions evoke a conservative tone. For his supporters, this retrospective view characterizes a leader permanently committed to social justice, statebuilding, and traditional principles of Mexican foreign policy. For its detractors, on the other hand, it reflects an archaic outlook that downplays and avoids fully recognizing (and committing to) women’s rights, the LGBT + community, or environmental issues.

Disagreements are inevitable. A democratic society is defined by a plurality of judgments and evaluations. It is illogical to claim that everything can be summed up in one perspective. We are a family business.

As a political leader, AMLO’s style is personalism, where politics – according to the Oxford Dictionary – “is practiced according to the convenience, belief, arbitrariness or style of the leader or leader.” The definition refers to that repeated image of AMLO speaking every morning at 7 a.m. to the citizens of the seat of government.

The morning lectures have stimulated the development of democratic culture in Mexico and are also the stage for recreating the personal ego of the president. Many critics insist that the options are mutually exclusive, but “las mañaneras” means both possibilities at the same time.

Personalism is also, according to the Royal Spanish Academy, “the adhesion to a person or to the ideas or tendencies that he represents, in particular in politics”. The description fits AMLO, a leader who makes sure everything that happens around him is subordinate to him, including institutions and parties, individuals and collectives. And when public power crystallizes in an individual, what is really essential for others becomes the ruler who, as a result, becomes the most loved (or hated) man in the country.

However, the president’s personalism is not enough to explain the current dispute between defenders and critics of AMLO. In the end, he’s not the only one to blame for making fruitless political deals. The zero-sum game is played by both the president and his critics. Polarization is a fashion term – it is an artificial creation, essentially a discourse used as a means of obtaining or retaining power, as befits the Greeks or the Trojans.

AMLO began its six-year tenure amidst exceptional expectations and after 28 months its popularity remains stable. He has 61% support and on average has never been below 50%, with support above Enrique Peña Nieto and similar to Felipe Calderón in the same period.

However, given the growing social polarization, what can happen in the June 6 elections? The president is betting on a charismatic bond with his supporters to confront the anti-AMLO coalition (PRI, PAN and PRD). It is practically its only political capital, because it has a relatively disappointing management given the expected changes and lacks the support of a strong political movement, since MORENA [seu partido, Movimiento de Regeneración Nacional] it is little more than an electoral label.

Whether or not AMLO has succeeded in maintaining the lucky star, one thing is certain: no one can claim to have invented a political figure who has succeeded in defining an era, the Mexican democratic transition, the same one that is still struggling. between tragedy and farce. This is not an easy task. We will see if that is enough for him. 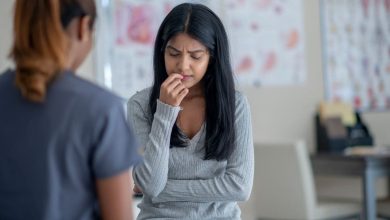 Andaluca promotes the inclusion of people with mental health problems