“We don’t have the money to pay off the debt,” Argentine Vice President Cristina Kirchner said on Wednesday (24) at an event to mark the 1976 military coup public holiday.

Even when addressing activists, in his usual explosive tone, the president’s speech had an impact on the markets. Argentina owes 44 billion dollars to the IMF (International Monetary Fund), a debt incurred during the tenure of Mauricio Macri, predecessor of the current president, Alberto Fernández.

This week, Argentina’s Minister of the Economy is in the United States to try to restructure the debt with the fund and has spoken with the president of the agency, Kristalina Georgieva.

Fernández, in his opening speech for legislative sessions three weeks ago, criticized Macri for taking on the debt, but that it was not in the Argentine government’s plans to break the treaty and that the debt would be paid afterwards. restructuring.

Argentina’s financial market did not perform on Wednesday due to the holidays, but shares of Argentinian companies on Wall Street ended the day with losses of up to 7%. There was also a decline in the value of Argentine bonds, on average by 2%.

Cristina made the statements accompanied by the governor of the province of Buenos Aires, Axel Kicillof, and her son, MP Máximo Kirchner. Both represent the sectors furthest to the left of Kirchnerism.

Kicilloff was economy minister in Cristina’s administration as president, and Máximo is the head of La Cámpora, an organization that brings together Kirchner activists and politicians who are Cristina’s support base.

Despite Cristina’s speech, Fernández and Guzmán were optimistic about their ability to restructure debt. The president was very emphatic in his most recent speech saying that “Argentina will not fail to honor its commitments”, although he expected a “deal” from the fund.

Seven months and 3.2 billion doses later, the vaccination against Covid has not reached 5 countries – 07/06/2021 – World 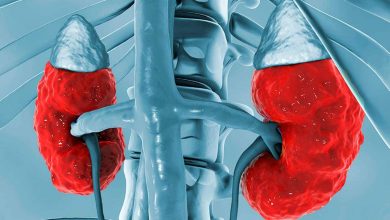 What is urea that occurs if its levels in the blood increase with?