Virtually everyone of us will have at least one headache attack in our lifetime. But many of us will not have the privilege of experiencing this inconvenience only occasionally. On the contrary, some find themselves confronted with it weekly and often every day.

Worse still, headaches sometimes come along with the usual malaise. For example, vomiting is endless, which is endless for those who have it. Or the strange hallucinations of the auras caused by migraines: appearances of lines or bright spots, colored or not. Even sensitivity to harmless stimuli can become a nuisance: light, noise, smells and movements are very annoying.

Unlike many pains that indicate damage to our body, most headaches are not caused by injury. There are no diseases like headaches.

Migraine attacks usually start in adolescence and last for decades. During their intense seizures, the headache and its followers break the dispositions.

Let’s go to simple math to understand the scale of this problem. It is not uncommon for someone to have seven migraine attacks a month for twenty years. During his lifetime, 1,920 days are affected, ie a little more than five years are lost in installments. This is the time when some cancer treatments are aimed at ensuring survival. The widespread migraine is one of the most important causes of disability worldwide.

This relevance was only achieved a few years ago because the pharmacological arsenal for migraines was so modest that it shouldn’t even be called an arsenal. That scenario recently changed when a new generation of drugs hit the market. The novelties are antibodies that specifically block the initial biochemical mechanisms of migraines. Thus, they promise greater effectiveness compared to old drugs and fewer side effects. Of course, their prices are not affordable.

Patients who received anti-migraine antibodies had fewer migraine attacks than those who received placebo. Hence, regulators have approved the marketing of these drugs. The placebo effect is influenced by the context in which the treatment is carried out. The therapeutic effect, on the other hand, results from the mode of action of the drug.

Pain is not just a product of neural transmissions or chemical signals, but is also influenced by subjective factors. Hence, the desire and expectation for relief have a huge impact on how the pain is felt and how it is soothed. Measures that make contexts more attractive, such as invasive procedures, interesting labels, can arouse good expectations and consequently favor the placebo effect.

Migraine antibodies are expensive products, come in well-made vials, and are injectable novelties that are more invasive than ordinary pills. These traits can encourage optimism about your actions. Even if they work specifically and biochemically against migraines, they can therefore trigger a placebo effect.

These premises motivated the British neurologist Raeburn Forbes to systematically review the best clinical studies that involved the use of modern formulations. After all the work, he and his team concluded that it was the placebo effect, rather than the biochemical properties of the antibodies, that benefited 66 percent of the patients who actually received the antibodies.

The annual cost of these new drugs can exceed twelve thousand reais, which is exorbitant for our fragile health systems. This money can even be viewed as an investment rather than an expense, it even saves years of life. However, if Forbes is correct, we need to create contexts to better leverage the placebo effect, conserve resources, and reduce the risk of adverse drug reactions.

PRESENT LINK: Did you like this column? The subscriber can release five free hits from each link per day. Just click the blue F below. 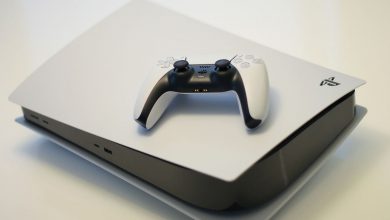 Where to buy PS5 in July: stores with master of science availability

Bolsonaro softens the tone when speaking about Argentina, says he wants to speak alone with Fernández – 3/4/2021 – World