Seymour Hersh knows the world has changed, but he enjoys fighting it every day.

At 83, one of the most important investigative journalists of his generation says journalists today lack the time and money to get good stories.

“You have to meet people, you can’t do it over the phone,” says Hersh, praising what he calls “the golden age of journalism,” when he could spend months devoting himself to journalism. same story.

In an interview via Zoom, which disturbs him a little less, as part of Folha’s 100th anniversary series, the American journalist admits that he still does not see a solution to the strengthening of a serious and quality press, but, despite the changes , he believes professional journalism will survive.

“It will be fine. It will be online and there will be investigative reports. It will only be different, and the fact that I don’t like it just means I’m of the dark age. Nothing more than that. .

Hersh says he was not interested in writing about Donald Trump because there was already a lot of information available on the former president and precisely for this reason, he assesses, the Republican was “the most great advantage “for the American press in the last four years.

“What’s going to happen now is the media, including the major newspapers, are going to lose a lot of audiences because Joe Biden is going to calm things down. […] You will still have problems, but you will not have the same readers. “

In the late 1960s, Hersh made history by revealing the My Lai massacre during the Vietnam War, which won him the 1970 Pulitzer Prize. He was under 30 and went on to pursue a career specializing in geopolitics and US military and intelligence coverage, including editorial staff for the prestigious New York Times newspaper and New Yorker magazine.

In 2004 he publicized the torture in Abu Ghraib, Iraq, and in 2015 he denied the official version of Osama bin Laden’s death, in an article in the London Review of Books – Large Vehicles on which Hersh had previously worked on They wanted to publish the story, very questioned by the use of anonymous sources.

In his book “Repórter” (ed. However, 2019), the journalist says that history will be the judge of his recent works.

Read the interview or watch the video.

In your most recent book, you say that you are a survivor of the “golden age of journalism”. What has changed and what do you miss the most since that time?

Cash. There were many pages a day in the newspaper, with ads, picture ads, [verba para] dresses and suits … it’s over. It was a different world. It was an amazing experience my first day on the job [no jornal The New York Times]. I had done good things about Vietnam and the military before, worked at the New Yorker, great work, but the New York Times was the New York Times.

And on the first day, in 1972, the North Vietnamese launched a major offensive against the southern puppet government and I was the one who knew the Vietnamese problems. Then the editor came up to me and said, “Do you have your passport?” I had just arrived, I was going to spend a week adjusting to New York. And I said no, and he said, ‘Go home and [o passaporte]. Then go to the office, they will give you everything you need, arrive in Paris tomorrow to find out what is going on in the peace talks and this offensive.

I got back to Washington, got my passport and packed my suitcase. Before I left, I received credit cards and a stack of cash. I flew in business class, stayed in a five star hotel that didn’t know how expensive it was until I ordered a glass of orange juice which cost the equivalent of $ 9 US $ (R $ 48). This is how newspapers worked.

No one ever asked me for anything until 2011. I was at the New Yorker, wanted to find a source in California and just called the office and said, “Buy me a ticket.”

Soon the editor called me and said, “Can you do this over the phone?” And I said, “What are you talking about?” He said: ‘I just left a finance department meeting […] The money is disappearing. It was the first time I realized there was a change. With the Internet, advertisements and advertising are over.

But the biggest advantage for newspapers and television over the past four years has been Trump. The newspapers don’t have any ads yet, but they have gained more readers online.

You say you cannot be neutral or impartial in journalism. How is it possible?

No, you cannot be neutral. I remember being on a panel with a really, really good man, Leonard Downie Jr., who was the editor of the Washington Post. [de 1991 a 2008], and he was asked if the reporter could be objective. And he said, “At the Washington Post, we have a rule, you can’t go to demonstrations. He added: ‘I’m not voting because I don’t want anyone to know if I’m a Democrat or a Republican. ”

I went crazy and said it was the craziest thing I ever heard. We have to vote, we are citizens, and of course we have emotions and feelings. And it works for me because I hated the Vietnam War so much, learned a lot from it and learned to hate it, which made me realize that when I did the reporting it had to be be much more in-depth.

In other words, there is nothing wrong with having a passion for something. You must have feelings that drive the story and make it even higher because you know your passion can be seen as a drawback.

Trump’s racist rhetoric has opened a window for the press to cover race and immigration issues more intensely. Will that window close with the departure of Trump or the press and Americans put less pressure on these issues during the Biden administration? I don’t think it will be any less important, I think there will probably be this cover. What’s going to happen is the media, including the major newspapers, will lose a lot of viewership over the next two years because Joe Biden is going to calm things down. You will still have problems, but you will not have the same readers.

Do you think the American press shares the responsibility for the political and social chaos that the United States has been going through in recent years?

I think we share, but we didn’t create it. We share by not reporting enough on the other side. The main newspapers and TV channels did not give us enough information about this world of fascism, extremism, anti-Americanism, racism, anti-government, this incredible wave of 48%, 50% of people who want to disengage.

We were not prepared for attacks on Congress [feitos por apoiadores de Trump em 6 de janeiro], we didn’t know to what extent there was so much alienation.

You said you couldn’t have done what you did if you had to work with the tools of journalism today: journalists have less time, less money, and travel less to work . Is your type of journalism dying or is there still time to be?

There are two issues with the type of work I do. First, it costs money to travel and spend six, seven or eight months on a project. Newspapers still do good things because there are always innovative journalists who make good stories.

But there is also a personal complicator. In my old age, let’s call it that, I realized that I could walk into a newsroom, lay a lot of documents on the table and say, “This is the story I want to make. It will be difficult, it will cost a lot of money, a lot of time to check everything and verify everything, and we will lose readers, we will be sued, but I want to do it. Who needs someone like that? (Laughs).

Isn’t it possible to do this journalism without money?

You have to find people, you can’t do it over the phone. But there are some interesting things happening in journalism, some of which I don’t fully understand because they are so popular, like podcasts, which have been a part of journalism for a long time.

I have three grown children, they all know podcasts, they talk about it, but I ask the question, “What is a podcast?” […] In the meantime, you see the advertisements disappearing from the newspapers.

With the exception of the major newspapers such as the Washington Post, the Wall Street Journal, and the New York Times, I think the rest, ten years from now, will be exclusively online.

Everything will be alright. It will be online and there will be investigation reports. It will only be different, and the fact that I don’t like it just means that I am of the dark age. Nothing more

Do you think that forcing people to pay for information online – through a paywall, for example – is a good way to keep professional journalism alive or does free of charge make everything more democratic?

I hate the paywall. When I was at the New Yorker, I wrote three stories a year, but I worked for months in each and asked them not to have a paywall. But I grew up in a different world and I think the younger generation is more open to that. So maybe that’s a solution, but I’m not sure how much money you can raise to make it work. It’s a whole different structure now, it’s still in the air, it’s not ready. We are going through big changes. And we all took a break.

Trump gave everyone four years off when we didn’t worry about the paywall because everyone wanted to read about Trump.

Now do I want a billionaire to buy a newspaper to keep it alive? I believe they are going to do a big investigation into the health issues, Covid-19 among workers? No. Do I want the government to own the newspaper? No. So what is the solution to having a serious and good quality press? We do not know yet.

Do you think democracy is threatened when leaders like Jair Bolsonaro and Donald Trump constantly attack the press?

It’s more extreme than normal. The president of your country [Bolsonaro] it is extremely radical. You will survive if the next [presidente] don’t be so fanatical. Here [nos EUA] it’s the same thing. We’re in a whole different world now [com Biden].

Authoritarianism was growing around the world, attacks on the press certainly worked for a while, but it couldn’t be worse. The image must be optimistic because everyone can now see what they could not see 30, 40, 50 years ago. I’m not that concerned about it.

Everything will be alright. It will be online and there will be investigation reports. It will only be different, and the fact that I don’t like it just means that I am of the dark age. Nothing more.

Son of Lithuanian and Polish immigrants, Hersh was born in 1937 in the city of Chicago. After dropping out of law school, he began his career as a reporter at the City News Bureau, after working in various media. In 1969, he reported on the massacre of civilians in the village of My Lai, during the Vietnam War, for which he won the Pulitzer Prize. 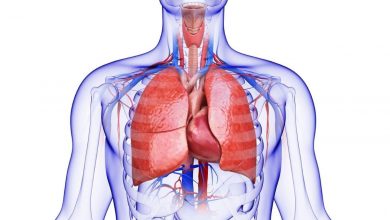