Days after the introduction of a new generation of consoles, Microsoft is bringing a technology to Brazil that can replace the devices themselves.

Called the xCloud project, this technology makes it possible to access the latest games on mobile phones and, in the future, on almost any device with internet access.

Testing for a restricted group of players began this month in Brazil – Folha has had access to the system since Friday (20). XCloud was launched in around 20 countries in September, including Canada, France, Germany, Portugal, England, and the United States.

With this modality, game processing takes place in the cloud. That means whoever allows the game to load is a remote server. The phone connects over the Internet to stream the images as if it were a live broadcast from YouTube and to capture the user’s commands.

The connection requirement is higher compared to video content because the player’s commands must also be sent. Microsecond signal delay can affect the experience.

There were no issues with the tests run in the report. After the games have been loaded for about 30 seconds, they will run normally, even for titles that require high precision, such as: B. “Tekken 7”.

The games are synchronized with other devices – games started on the console can easily be continued on the phone.

If this arrangement works, there will be no need to purchase new machines to take advantage of the launches. Microsoft consoles cost between R $ 2,799 (Xbox Series S) and R $ 4,599 (Xbox Series X).

Microsoft claims to see xCloud as a complement to providing mobility. “Consoles are still the most impressive gaming experience in the living room,” says Bruno Motta, Xbox manager in Brazil. “The entertainment consumer wants access to their favorite content on a variety of platforms.”

However, practice shows that it is possible to do without consoles for gaming. The main differences are with the mobile device itself: smaller screen size, battery drain, and app notifications.

Microsoft arrives in Brazil for the first time and competes with companies such as Google, Facebook, Amazon, NVidia and Sony in the segment of cloud game services in international markets.

The trend also mobilized Apple, but in the opposite direction. The iPhone owner has set restrictions for the service on her devices. Amazon, NVidia and Google try to bypass the barrier of the App Store with versions for browsers.

Cloud gaming services achieved sales of USD 159 million (approx. R $ 860 million) in 2019, with the end of the current year estimated at USD 356 million (R $ 1.9 billion). If the number is confirmed, that’s a growth of more than 120%, according to Newzoo, a games and esports analytics company.

“In Latin America in particular, where mobile devices are a priority, we expect consumer spending on cloud games to grow more than 25 times between 2020 and 2023,” says Newzoo’s Guilherme Fernandes. For him, a bottleneck that can prevent growth is the region’s precarious network infrastructure.

Microsoft is offering xCloud as part of its Game Pass offering, a service launched in 2017 similar to Netflix for games. In September of this year, Microsoft said it had 15 million subscribers.

If you have the Ultimate Package with a monthly fee of R $ 45, you can apply for a place in the xCloud test. Selected can use xCloud on Android tablets and phones at no additional cost.

With the exception of a few glitches, all Ultimate users will have access after the beta phase ends. According to Motta, the preview period has no end.

Two titles have been optimized so that they can be viewed directly on the mobile screen without control: “Minecraft Dungeons” and “Hellblade”. The others need an Xbox controller with a bluetooth connection.

Another advantage of the cloud is that games do not take up any storage space on the device. Halo: The Master Chief Collection is available on xCloud and occupies more than 120 GB on Xbox Series X.

After Microsoft, which should bring its service to Brazil, the manufacturer of graphics cards for computers is Nvidia. The company launched GeForce Now in the US in February and today has 5 million users.

“The service makes perfect sense in countries like Brazil, where hardware costs are high due to taxes,” said Richard Cameron, president of the company in Brazil.

According to him, the service will come to Brazil in the first half of 2021.

Facebook sees cloud games as a complement to live streams. “Brazil is one of the five countries where the most games are streamed on Facebook. We want to make the experience of playing, watching game streams and connecting to games on the platform faster and faster, ”said Jason Rubin, Vice President of Facebook.

The Facebook cloud gaming platform is being tested in some US states. The forecast assumes that there will be an expansion to international markets in 2021. Rubin said he doesn’t have a specific date for Brazil.

How to play Xbox games on your phone

To use xCloud you need:

Game Pass Ultimate Subscription; Invitation to use the service provided by Microsoft Android Device Version 6.0 or higher with Bluetooth 4.0; Xbox controller; Internet connection with a speed of at least 10 Mbit / s

Download the Xbox Game Streaming (Preview) app on Google Play. Connect your phone’s controller via bluetooth (or choose one of the two games optimized for screen control). Start the application. Sign in to your Microsoft account. Select the game

The game data such as save and progress files are synchronized. That means the same game can be continued on the phone, PC or video game.

Main cloud gaming services (only xCloud is being tested in Brazil) 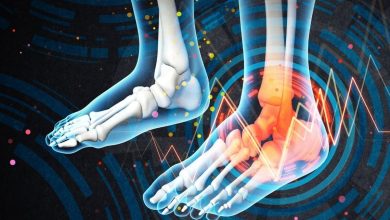 What diseases can a high rich acid cause?