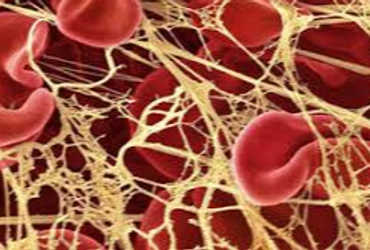 Bleeding is the leading cause of death for millions of people in accidents each year. Around this time, engineers at Monash University invented a fast and inexpensive device that can detect the amount of fibrinogen. Not only can this help prevent death from bleeding, but it can also lead to immediate treatment based on the fibrinogen ratio. It is a survey that can save the lives of 3 million people each year. The researchers used a glass, slide, Teflon film, and piece of paper to study fibrinogen. The amount of fibrinogen can be known in just 3 minutes.

Fibrinogen is a type of protein found in the blood whose role is to regulate the blood. This fibrinogen is responsible for the natural clotting of blood after bodily injury. That is why after a serious injury, the bleeding gradually begins to stop. In traffic accidents and other types of accidents, the patient dies before they can be treated in hospital. Emergency treatment is usually given for excessive bleeding. Various tests are done before treatment is started, sometimes with a lot of wasted time and inadequate treatment.

These types of tests also require special technical staff, but the newly developed fibrinogen tests are straightforward and can be placed in ambulances going to remote areas. Knowing the amount of fibrinogen can speed up life-saving medications and treatments in an emergency. When a person bleeds more, the amount of fibrinogen also decreases. So even injections of fibrinogen can stop the flow of blood, but the amount to be administered must also be taken into account. Hypophenogenemia during hemorrhage only needs to be investigated, but new research methods have been declared to be the simplest, most precise and fastest in circumstances where only one moment is precious at the time of an accident.